I first saw a picture of Milwaukee’s Grain Exchange in this 360 view. I could imagine walking in and looking up in wonder at its soaring ceilings and hand painted frescos, a feeling more reminiscent of a cathedral than a place of commerce. I was impressed by its beauty, its grand proportions and sense of open space. The light streaming through the dome skylight and towering windows seemed to convey a sense of optimism and American “can do”.

I imagined the bustling comings and goings of the people, then and now. The space started to feel like a kind of piazza, echoing its Italianate architecture. I imagined it in its hey-day, the center of a flourishing grain trade; the haggling and deal making, arguments and agreements of the marketplace, and the social exchanges. I wanted my new composition to reflect the spirit of exchange in this “piazza”, a marketplace but also a place to congregate, then as now. – DK 2019 …This pre-pandemic piece is in stark contrast to what the world has since experienced.

Dialogue with the Ghost is a question and answer, a dialogue of opposites, exploring lyric and percussive possibilities of the cello. Composing it was my process of dialoguing with my inner ghost.

Ikarus – duo for Binya was written in memory of a young musician, a beloved son who died tragically at 17. He was a boy of great promise, I got to know him through the music and writings he left behind – videos of his classical performances on viola and violin, and the brilliant rap songs that he wrote, sang and recorded. Several of his melodies and beats serve as themes in the Ikarus duo.

Call of the Dance is a life cycle suite commissioned by flutist, Carl Gutowski. It journeys through love, death and regeneration in its three movements, each commemorating a significant life event. The first movement, Fantasy was written as a wedding gift for Carl’s niece. The relationship between the two instruments echoes that of the couple it celebrates. Piano and flute are equal partners, flowing between discussion, duet, argument and canonic imitation, each voice having the chance to be leader and follower. They fall in and out of sync with each other, but are always linked in harmonious partnership.

a deafening silence – an elegy follows. It was written for Carl’s older brother, whose death at the age of 30 was a sudden tragedy for the family and all who knew him. The piano begins with a thunderous crash, flute enters on an alarming high note and tumbles down to a breathy whisper over the piano’s decaying sound. A pulsing emerges, remembering the living, breathing, creative force that he was. The piece ends with an improvisatory Song of Remembrance, embracing the beautiful sadness of a life cut short. The third movement emerges out of silence, re-examining earlier themes and coming back to life in a celebratory dance.

On the first day of the lockdown, like everyone else, I was listening to the news. Overwhelmed with emotion, I went to the piano and improvised what became the first few phrases of Pandemic Diary. I wrote the piece like a diary, intermittently between other projects and completed it at the end of 2021. I’d been hoping that the pandemic would be over by the time I finished the piece. But since that didn’t happen, I veered away from the triumphant ending I’d imagined to convey my feeling of our situation at the close of 2021.

Commissioned by Gus Foster in celebration of his 40-year retrospective at the Harwood Museum in Taos, NM

A roller coaster can be a metaphor for life’s uncertainties and the variety of perspectives we gain along the way. My recent composition, Colossus 1067 is inspired by Gus Foster’s panoramic photograph taken on one of the last wooden roller coasters in the U.S. You can see it here. (Scroll across to see the full photo.)

This 8-foot wide panorama has the serendipity of a roller coaster, the joy of a beautiful day at the amusement park, the repetitions, resonances and occasional blur of the rotating camera, and the suggestive metaphor of “Einstein’s Clock” which says that anything that rotates can be a clock. Along with that come head-spinning layers of meaning. I wanted the music to express the unique spirit of this particular photograph. Each instrument has its role but changes it up from time to time. Piano, bass and drums portray the clatter of the coaster and the machinery of its gears. Sax is most often the protagonist.

This “Time Photograph” as Foster calls it, is a “short story”, “captur(ing) a few seconds…in an elongated narrative”. It can be read left to right or all at once, where past, present and future all co-exist. Cross rhythms portray their convergence and the real-time clank and jolt of the coaster. Sax and piano make their climb and plummet, as bass tremolos climb slowly upward and burst into pizzicato. The texture things to a bass vamp conveying the skeletal rails of the track seen from a distance. Momentum stills into the piano’s slow chords, allowing a moment for reflection.

The “1067” in the title refers to the number of rotations the camera made – almost 3 full rotations (360 x 3 =…). The artist appears twice in the photograph. If the 3rd rotation had completed, we would have seen him a 3rd time.

Sneak Preview of What I’ve Been Working On

May 2020
I’ve been pouring the pandemic into this piano piece.

Here’s a sneak preview, a short midi-clip from in order to remember.…ever felt this way? 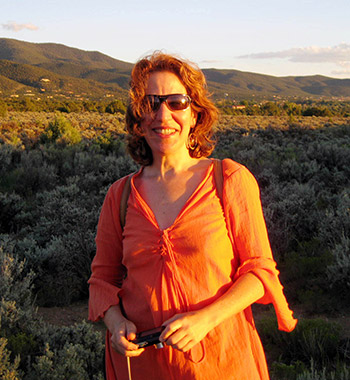